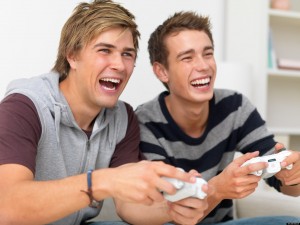 Gaming addiction is prevalent in modern society, so it is mistakenly thought of as a very basic thing. The truth is, gaming addiction is a rather complex thought process that keeps people coming back again and again. We are not aware that it is complex while we are gaming because it is a subconscious process. It is errant to assume that only children experience gaming addiction. People as old as in their sixties have been found to have a gaming addiction. It would not affect people this way if it were not a powerful force.

People have always loved playing games, both young and old. Game playing is a stress release and a mood lifter. It gives people happy brain chemicals and distracts them from hardships. Historically, game playing has been done with “hardware,” for lack of a better term, meaning that the game is played physically, with people interacting with tangible parts. In modern times, the rules of game playing have been rewritten for digital media.

The game playing of the present day is hard to resist. It is colorful, interactive, and was developed over many years of observing what qualities people want most in a game. In fact, video game designers are aware of the addictive elements of game playing and do their best to program games with as many of these addictive elements as possible. This is consistent with how anything that people find pleasurable is marketed to them. Anything that gives people immense pleasure can be exploited for capitalistic purposes and made to be addictive.

The methods used for creating a video game addiction are catering to short attention spans, using believable and eye catching graphics, timing missions so that they take an optimally pleasant amount of time and adding other attention grabbing elements such as story, humor and a memorable soundtrack. All of these attention consuming elements make it difficult for adults and children alike to put down the video game controller. It is not a wonder that video game addiction is one of the most quickly rising addictions there is.